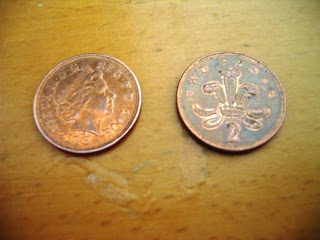 I'm a great fan of QI, but there are some subjects their question writers (and Stephen Fry) just don't get - one of which is probability.

I was watching an old edition on Dave last night (as you do when there's nothing else on) and this question came up (approximately: I'm relating it from memory):


If you toss a coin what is the chance of getting heads?

Someone answered 50:50 and off went that irritating klaxon. No, said Stephen Fry. When a human being tosses a coin, the face that is up when you toss it has a slightly better chance of winning. If the head's up, it's 51:49.

I know this sounds petty, but the whole game relies on the petty application of frequently misunderstood knowledge, which means they really ought to do better on such a basic point.

* Technically it's not quite 50:50 because of the different aerodynamic properties of the two faces, but it's close enough for these purposes.