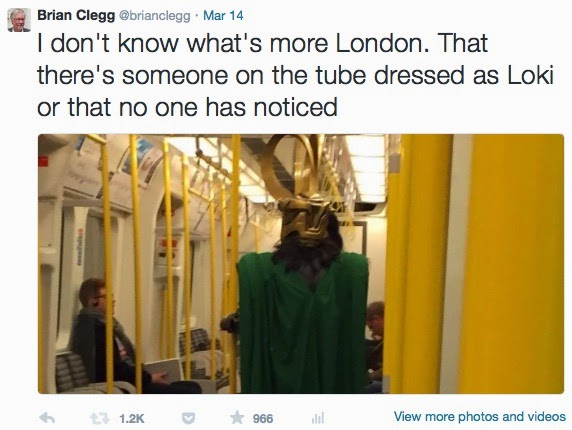 Authors are often told that we should engage in social media. I do, using Twitter and Facebook (as well as this blog), and it certainly does get me some exposure, but I discovered this weekend what it is to have a tweet really take off.

The thing that got me pondering how authors should use social media is my tweet shown on the right. With around 1,200 retweets it is in a totally different league to anything I've put on social media before.

I shared the same image with the same words on my Facebook page - it has been liked 26 times and shared once.

I admit this is a very small sample to draw conclusions from, but it does suggest to me that Twitter is the more valuable mechanism for gaining a wider reach out into the world. Of course you have to be lucky with your content - most of my tweets are retweeted between zero and four times - but Facebook users seem far less likely to pass things on and spread the word.

Of course, this hasn't done a lot to get people excited about my books. But that's not really what engaging with people on social media is about. By all means throw in some of your writing-related material - around the same time I tweeted about a misunderstanding over Amazon rankings and about my 'How to write a popular science book' event at the Guardian - and there's no harm mentioning your books as long as you don't turn into one of these people who tweets about their output every few hours, yelling at people to BUY THEM. But your best bet to build up a following you can then interact with on Twitter (and always remember it is a two-way street) is by putting out fairly regular, quirky, potentially entertaining treats.

Of course, one success doesn't make you a Twitter star. A day later, I put out this tweet, which I thought had a certain something: 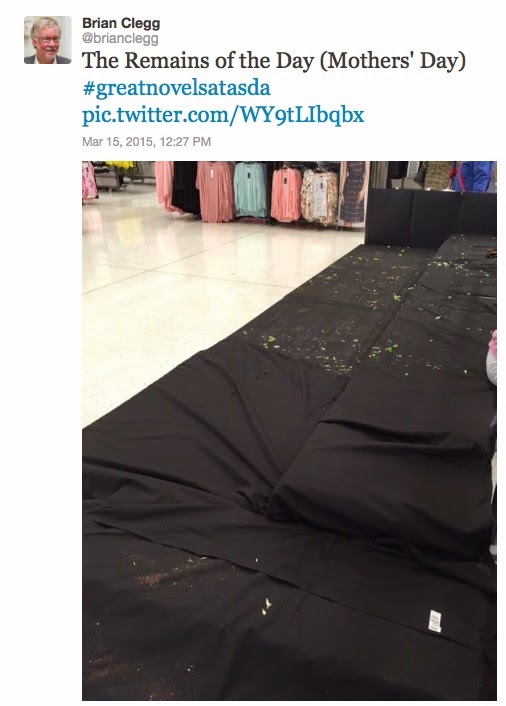 All it has achieved is 295 views and no retweets (so far).

The final irony about the tube tweet is one of the effects giving it an extra boost was having it picked up by The Metro, the free London newspaper, which featured my tweet in a little article. As a professional writer, part of me feels inclined to moan that my material is being reused free of charge and without permission - but they did give me appropriate credit, and in reality I am rather pleased.

So, simply put, my lessons from Loki are: