The wonderful world of Ladybird art, science and technology 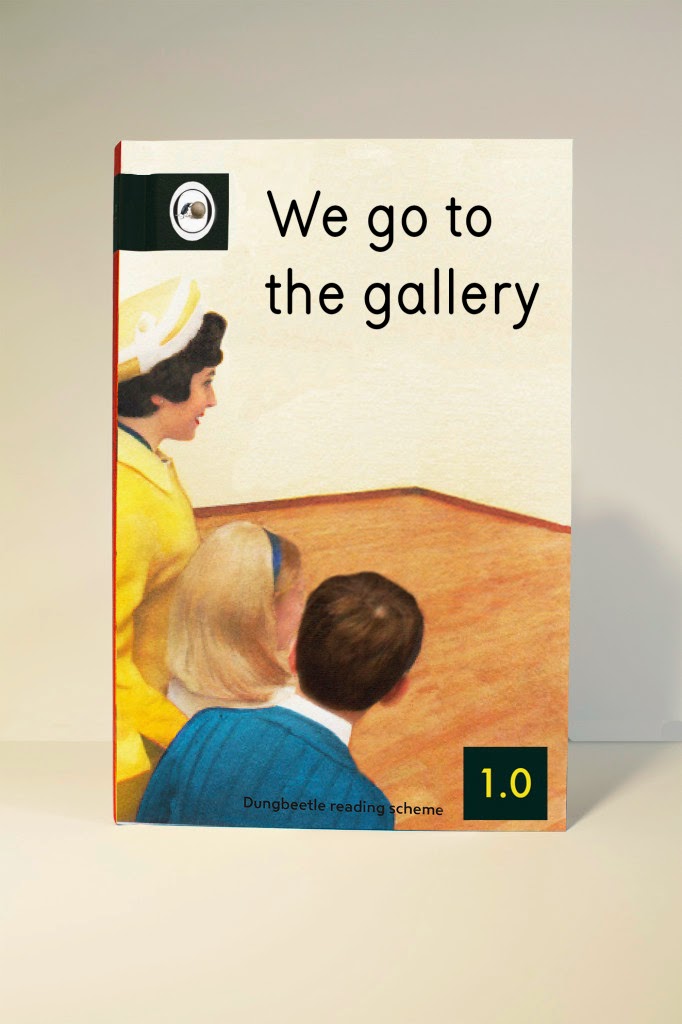 If you are of a certain age in the UK, you will have read Ladybird books as a child. The brand, owned now by Penguin/Random House, has been resurgent for some time, and there are plenty of the small format, large print books available.

I was inspired to write this post by the science and technology bit I'll come onto in a moment, but I must start with the art part, which combines the best subversive pastiche I've ever seen with some real David and Goliath action.

A couple of years ago, artist Miriam Elia produced a spoof Ladybird book called We Go to the Gallery. It has exactly the same format as a Ladybird reading scheme book, and used images from original book(s), but here the format is used to provide a wonderful and subversive take on modern art. Here's an example of the text for the page that has the same image as the cover of the book:

There is nothing in the room.

'There is nothing in the room because God is dead,' says Mummy.

The book is absolutely brilliant and was immediately popular. Orders started to flood in and a first run was printed, but then Penguin muscled in with demands that the print run be pulped because of breach of copyright of the images Elia had used. The legal battle has rumbled on for some time, with Penguin consistently unable to produce any evidence that they had copyright in the images. Since changes to the law making spoofs and satires less open to legal change, and a change in Elia's design to make it a Dungbeetle Book instead, a new version is sale (you can only buy the books directly from Elia's website - well worth a look.

The science and technology side was brought to my attention by the excellent actor Roger Ashton-Griffiths in this BBC news story. It's quite a long one, but worth perusing. It's about the way that the Ladybird books have been updated from their original 1950s look and feel (both in terms of clothing, for instance, and of women's roles etc.) There's a rather endearing toyshop window illustration where you can still see the ghostly outlines of a badly Photoshopped out golliwog (in fact, I think it might be Tippexed out). But interestingly, where all the changes so far mention are positive, I think it's arguable that when you get to the science and technology bit, some of the changes they've made (or books they have simply dropped) are negative.

We can laugh at the way that their book on 'The Rocket' portrayed the future of space travel, or the ungainly 'mini computer control unit' in 'The Computer'. But what's really sad is that they show examples where children are investigating what's in a battery by pulling it to pieces, or starting a fire (to cook sausages) with a magnifying glass and the BBC writer comments that this would never be allowed today because of health and safety.

I think it's fair to say that most of the scientists I know of my kind of age did plenty of hairy experiments in their youth (in my case, mostly in chemistry, and often featuring bangs) and I genuinely believe that we ought to recognize the need for a little more risk taking in the development of our scientists of the future. I took batteries apart too - quite possibly inspired by a Ladybird book. And I'm glad I did.

To finish off, here's a little Channel 4 News video from March 2014 with more on the spoof Ladybird art book.