Making experiments (some on your own brain) come to life 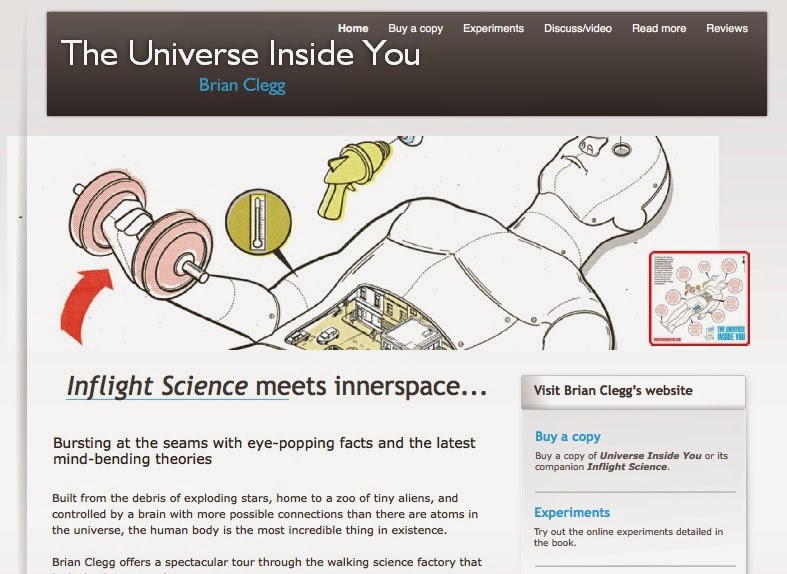 There has been a significant amount of noise on Twitter and elsewhere about 'The Dress', the phenomenon of a photograph of a dress which it is claimed that some people see as black and blue, and others as white and gold. My suspicion is that this is a hoax - a very nice piece of PR.

The reason I am suspicious is that I've seen pictures on different sites where I see it as each of the colours (and the pictures are different at the RGB level)*. But if it were genuine, it would simply be demonstrating how false the image of the world we think we see through our eyes really is.

This was one of the points I wanted to demonstrate when writing The Universe Inside You. In its predecessor, Inflight Science, I included a series of science experiments that the reader could do on a plane. It was a bit harder to do something similar with TUIY, where I wanted to show things from optical illusions, with a reveal of what was happening, to demonstrations of a Crookes radiometer and the early 'artificial intelligence' program ELIZA.

In the end I put together a website to accompany the book which has the experiments on it, often as videos. When 'The Dress' came up, I immediately thought of a couple of the demonstrations on there - the experiments include both an optical and an auditory illusion. So if you want to do a little experimenting with the universe (and your brain), take a look at the Universe Inside You website.

*ADDED: HT to Stuart Cantrill for pointing out that some people see the same image differently at different times, and that two people looking at the same image at the same time can get different results - so it isn't all a hoax. But there certainly are many mocked up versions in the Twittersphere etc. which definitely are fixed.