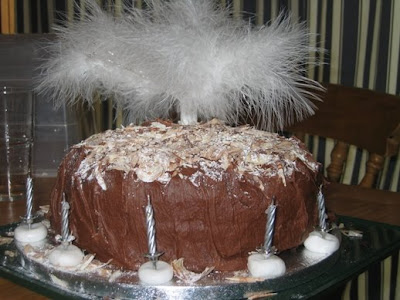 It's my birthday this week, and I'm not happy about it.

In the first place, I don't particularly want to celebrate it (which is one reason I'm posting this today, which isn't my birthday). I really don't. People assume this means 'I'm being modest, and I want you to make a fuss, but I think it's a bit common to ask for celebrations.' No. Really. I can see the point of celebrating your 18th, but after that, forget it.

But there's something worse about this birthday. I'm going to be 55. (Pauses to give readers a chance to say 'But you don't look that old!') And for anyone who fills in forms online, this is a horrible moment.

Many forms where you select your age from a drop-down box have a range that's 45-54 (broadly middle aged), which isn't too bad. But next you either get 55-64, or even worse 55 and over. The first of these says you've moved into the category of' on the slippery slope to retirement. The second says Forget it, you're past it. On the scrap heap. Might as well give up now. I'm sorry, but neither of these applies.

So you can stuff being 55. I'm going back to 25 and starting again.

Before I leave this subject I ought to respond to a comment from Sara about an earlier post: 'Brian. I feel an urge to challenge you to write a blog entry expressing unbridled enthusiasm for something of your choice :)' I suspect the suggestion here is that I moan about things a lot. And here I am, doing it again.

I'd like to say two things in my defence. First, I do quite frequently write positive things (yesterday's post, for example). I think it's just that the moans often reverberate more. Despite the attempts of that newsreader in the 90s (who was it? Oh yes, Martin Lewis) to get more positive news on the TV, it's often easier to get people's attention with a negative. And secondly, why not? I love the Grumpy Old Women/Grumpy Old Men shows on TV, with quite a few stars who appear younger than me. What's wrong with a good grump? As they prove, it can be highly entertaining.

So I will be positive, I will show enthusiasm (have you forgotten my chocolate buttons post, my delight in Gene Wolfe or my enjoyment of Fascinating Aida?), but I reserve the right to moan and rant as much as I want. So there.