The joy of seeing minds boggled by infinity 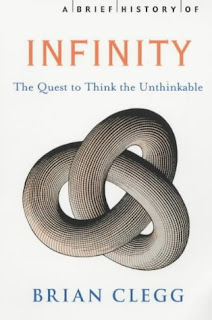 Of all the talks I do in schools, public events and businesses, the one I enjoy most is the one on infinity. There's just something wonderful about the mix of fascination and sheer boggledness of mind that I see in the faces and get from the feedback afterwards.

This boggling is nothing new. The first person to really consider the true mathematical oddities of infinity in any depth was Galileo. In his book Discorsi e dimostrationi matematiche, intorno a due nuove scienze (Discourses and Mathematical Demonstrations Concerning Two New Sciences) he explores infinity in a way that had never been done before. This book is his masterpiece. Forget the one about the Earth going round the Sun that got him into such trouble, this book sets up the basis for mechanics, laws of motion, relativity and more.

Written while he was under house arrest, it's in the form of a discussion between three characters. These are Filipo Salviati (named after a friend of Galileo’s who died 16 years before in 1614), representing Galileo’s ‘new’ viewpoints, Simplicio, who remained stuck firmly in the ancient Greek tradition, and Giovanfrancesco Sagredo (named for another friend, who had died in 1620). Sagredo is the independent observer, listening to the discussion and pulling out points to highlight.

Simplicio, as his name suggests, is there to go 'Duh, I don't understand this,' so the Salviati character can explain. A bit like an assistant in Dr Who. It was Simplicio that got Galileo in trouble with his previous book. The basic content had been agreed with the Inquisition. Galileo accepted he would have to put a bit in the book saying it was just theorizing, and the Earth was really at the centre of the universe. But he put this view, the pope's view, in Simplicio's voice, and this Richard Dawkins-like unsubtlety seems to have been what caused such offence.

A little way into the book, our three have been discussing the nature of matter and decide to have a bit of a break and contemplate infinity, which came up in a model of matter that Galileo has suggested. In one of their thought experiments it turns out that there are two lines, both with an infinite set of points in them, one longer than the other. Simplicio is baffled. How can you have two infinities, one bigger than the other, he grumbles. Salviati admits it is mind boggling. He says:

This is one of the difficulties which arise when we attempt, with our finite minds, to discuss the infinite, assigning to it those properties which we give to the finite and limited; but this I think is wrong, for we cannot speak of infinite quantities as being the one greater or less than or equal to another.

... and that's the joy of infinity for me. The way the concept simply won't fit in our minds, the way we seem to almost grasp it, then it flits away. It's a feeling both frustrating and delightful.