A revelation in Wroughton 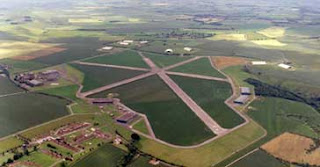 The second recording session for the BBC Science in Wiltshire radio series I'm taking part in was yesterday at the Science Museum's outpost in Wroughton, and it was an amazing afternoon.

On the sprawling site (it was literally about five minutes drive from the gatehouse to the offices) of a disused airfield, perched over the village of Wroughton near Swindon, the Science Museum has two treasures - its large objects archive, and its library.

The large objects archive is a store and conserving centre for the vast range of objects that aren't on display in the museum in London at the moment. This can be anything from the UK's first fuel cell driven bus to a cider barrel (as it happens these were adjacent to each other in the transit hangar when we took a peek in).

Along with BBC presenter Mark O'Donnell, I was taken round the controlled environment store. Imagine a cross between an Ikea warehouse and that scene in the Raiders of the Lost Ark where they store away the ark of the convenant in a packing case in vast warehouse. There were 20 foot high powered stacks with a ridiculously varied array of artefacts. The eye was first caught by a Belling cooker with an eye-level grill, only to be drawn down the storage rack along cooker after cooker, including some of the earliest electric models.

In another section of the store there was a magnicent jumble. An ejector seat (complete with dummy pilot) next to a penny farthing bicycle, next to an Edwardian dentist's X-ray machine. Elsewhere there was a startling contrast when Mark put the device he was using to record the interview - all built into a hand mike - alongside a professional metal tape recording machine the size of small car, and no doubt with much lower quality of recording.

This isn't a 'real' museum, in the sense that it's not generally open to the public, but they do have special events where different hangars are opened up for public viewing - and I'd really recommend taking the opportunity. 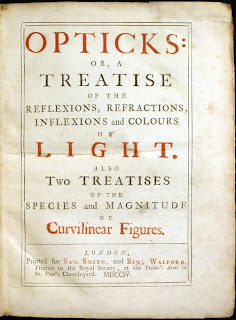 But for me, the absolute gem of the place was the library. I don't know how much this is a writer's view, but it was stunning. They have 26 kilometres of books and archives, but just the few on display were enough to take the breath away. On the same table was a first edition of Newton's Opticks, the very first copy of Einstein's popular science book on relativity (with a hand-written dedication by Einstein to a friend in the front) and the Apollo 11 Flight Plan, signed by the astronauts. The thrilling thing is that these books aren't in glass cases. You can touch them, turn the pages, read them. This is a real library, not a museum of books.

The library is open to the public (you need to make an appointment, though) and free. Both Mark and I were rendered near-speechless by the proximity of these texts. It's so much more powerful than seeing a picture on the web.

To find out more about the Science Museum at Wroughton, the library, visits and special events, see their website.
BBC museums radio