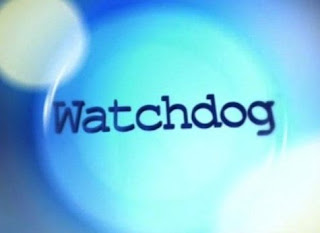 If there's one thing we expect it's for computers to be able to add numbers up and get the right answer. It's their forte. They aren't so good at (say) writing novels, winning the X-Factor or developing a new scientific theory, but they really are hot on sums.

This is such an obvious reality that it got me on the BBC consumer programme Watchdog in my (relative) youth. I ought to stress I was not there as a dodgy dealer, or a dubious salesman, but rather as an expert to make tutting noises about the spreadsheet on a Psion pocket computer, which had a bug that made it capable of producing basic arithmetic errors. Being Watchdog, they couldn't just interview me - I had to go to what was then a trendy location - a cyber café in London. The two main things that stick in my mind about my first ever TV interview were that they were unspeakably patronising about their audience, and they were tight.

Bearing in mind they were expecting me to travel all the way to London just to be interviewed, I assumed they would pay first class rail fare. They did (grudgingly), but muttered that they normally only pay second. As for their audience, they said to me something to the effect of 'Don't use any technical terms or hard words. You have to remember, our audience is mostly housewives.' I suspect that this particular producer is no longer with the BBC. 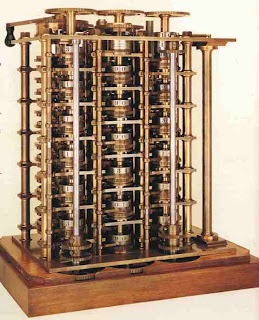 However, the issue was a real one, if quite rare. Spreadsheets tend not to make basic adding errors with whole numbers. Yet when we get to decimal places, there is a need for care. Because if you aren't dealing with whole numbers, there will have to be some assumptions about how the numbers are handled in the limited space available. (That's the wonder of a quantum computer, which isn't limited to a finite decimal expansion - but that's a different story.) What this means is that you can get calculations where the order in which you make a step will change the final value, even though in pure mathematical terms, it shouldn't. It's usually with more complicated equations than this, but what we're saying is that A+B is not necessarily exactly the same as B+A.

Luckily there is a group poised like a mathematical equivalent of Superman to leap high problems at a single bound and to smash the incompetance of computer calculations. Called the Numerical Algorithms Group, it specializes in providing solutions to numerical nasties. You'll find a paper on computers getting sums wrong here (it's a trifle dated at 10 years old - certainly the (5.01+5.03)/2 problem it mentions doesn't challenge Excel) and a whole host of articles here.

As a writer, if I'm honest, I don't have anything more challenging to do numerically than to work out the VAT (and it's surprising how often other people make rounding errors in this), but for those with a more numerically-based discipline, the NAG is well worth knowing about.

The picture, incidentally, is (part of) Babbage's difference engine. This was really more a mechanical calculator than a computer, and Babbage couldn't manage the precision engineering to build it - the version shown was built by the Science Museum for a Babbage anniversary.
computers maths mistakes sums