Will there ever be another great composer? 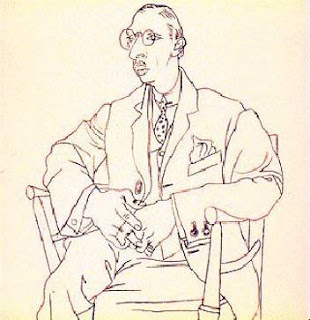 I seem to be in musical muse mode at the moment. I was listening to a piece on the radio about the Diaghilev ballets and it got me thinking about Stravinsky - specifically, whether there has been another great composer since. In fact, it got me to wondering if Stravinsky would be the last composer who could truly be called great.

Before you rush in supporting your favourite 20th/21st century composer, let me explain.

There have been plenty of composers of serious music since Stravinsky, but I would say they divide into two camps, neither of which quite makes the level of greatness. Some are good composers, writing excellent approachable music, but they haven't really changed the acceptability of something new. I'd include in this people like Ravel, Poulenc, Britten, Barber right through to the modern serious composers like Karl Jenkins.

The other camp really have done something new and original, but they don't produce music that grabs the listener and makes them want to listen. This would include the 12 tone brigade, Glass and so on. Their music has an intellectual appeal, but it's not actually enjoyable to listen to.

Stravinsky, I would suggest is the last to straddle both camps and hence achieve greatness. His music grabs the audience, is often very listenable - and yet he challenged the musical status quo and produced something new and outstanding. Perhaps the clearest mark of Stravinsky being a great is that you can hear the influence of his music so strongly in commercial music, from the music of Tom and Jerry cartoons to practically any movie soundtrack. You can't say the same of anyone since.

I do wonder if this division between listenable music that grabs the emotions and original music that has zero contact with the audience and is all of the intellect does mean that we will never see a great composer of serious music again. At least until fashions in the musical hierarchy undergo a radical change.