When the exception proves the rule it disproves it 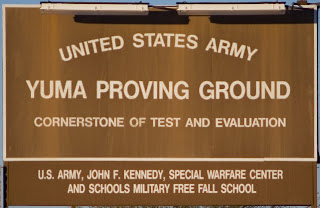 I heard it again on the TV the other day, that dreaded sentence It's the exception that proves the rule. If ever a sentence (and a cliché at that) wreaked havoc it's this one. The way it is almost always employed is confusing nonsense.

It's likely to be something like this. Someone says 'Every time we catch the train it's late.' Someone else says 'You've got a short memory. It was dead on time this morning.' The first person nods sagely. 'Ah yes,' they say. 'That's the exception that proves the rule.' Meaning that in some way this was a one-off blip, and the rule still holds. According to this philosophy, you should expect some kind of exception to all rules, and now we can tick it off. The rule has been proved true.

Prove here is as in proving ground. It means to test. Think The proof of the pudding is in the eating. So when we say 'The exception proves the rule' we mean that the existence of an exception tests the rule to breaking point - the rule is incorrect and can be ignored. In the case of the train, it's simply not true that that 'every time we catch the train it's late' - the exception of it being on time tests this rule and finds it wanting.

Everyone gets this wrong. Except you, I'm sure. You must be the exception that proves the rule.
English phrases use of English