Musical adapations that were meant to be 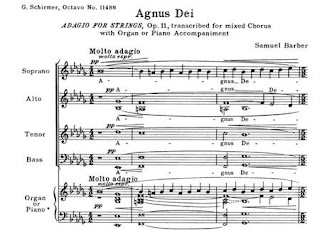 Every now and then you come across a piece of music that has been transfered to a different instrument or body of instruments to the ones it was originally written for. Often such translations are painful. Grieg's piano concerto rendered on a kazoo, say. Or to be less facetious, a brass band rendition of a string quartet.

However occasionally, just one in a thousand of these perversions produces something better than the original. I can think of two examples. Purists might not agree, but I think that Ravel's orchestration of Mussorgsky's Pictures at an Exhibition is better than the composer's original piano version. Even more dramatic is Samuel Barber's transformation of his Adagio for Strings into the vocal Agnus Dei. The Adagio is a striking and wonderful work, but when Barber transfered it to voices it was given a haunting, gut-wrenching quality that isn't there in the original, making it quite possibly the most emotionally power piece of music ever written.

So here's your challenge, if you choose to accept it. Can you name other pieces that have been improved by being moved away from the composer's instruments of choice?
adaptation classical music music